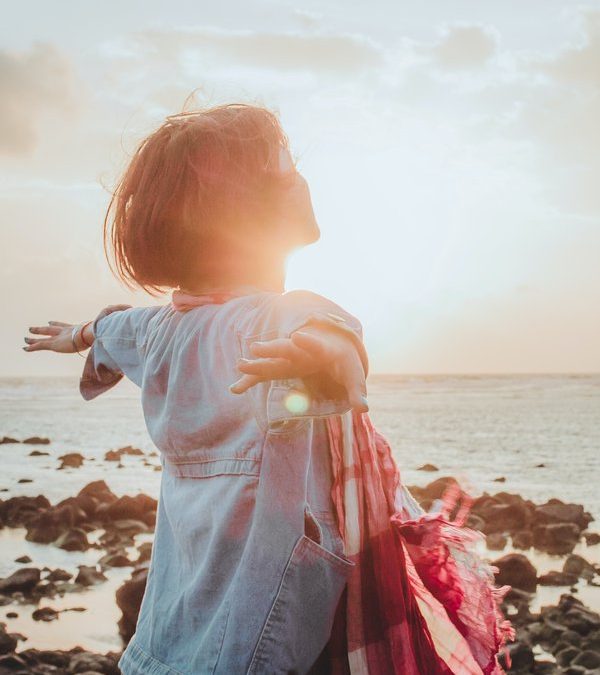 Divorce makes for a difficult transition even if it’s you that want out of the marriage. My friend, Anne Kovac, shares her experience below in the hopes that it will help someone going through divorce.

“I divorced after 17 years of marriage and two children, ages 13 and 16 at the time. There was just too much strife in the home, and I realized it was too damaging to all of us to stay together any longer.

No matter what the cause of a divorce, there are feelings of embarassment, shame, loneliness, doubt and disappointment. I will share the top three of these that I experienced:

What I love about Anne’s story is how she recognized that her feelings didn’t necessarily equate to reality. Sometimes reality was much kinder than her own fearful projections, and yet sometimes it was accurate.

In her mind, Anne imagined that her parents would be so disappointed in her because she couldn’t make the marriage work. She worried that she was causing them pain to have to relay this news to others. In reality, her parents were much stronger and could handle the transition.

People who love us, including our kids, often know what we’re not willing to admit to ourselves, that our marriage isn’t working and that we are unhappy. So it won’t come as a surprise most likely.

Even if your family isn’t as supportive as Anne’s, remember that YOUR acceptance of yourself and belief in you is 100 times more important than anyone else’s opinion.

Divorce Tip #1: Don’t assume fearful beliefs that aren’t based in reality (i.e., they will be hurt, they won’t be able to handle this, I am a failure, etc.). Instead, give yourself the benefit of the doubt that this divorce is happening for a good reason.

Anne decribed feeling lonely after a few months, because her social network had changed. Not only had she lost the comfortable, familiar exchange of family memories and shared adoration of her kids with her spouse, she lost her shared friends as well.

Some of these friends were quite insensitive to her after she became single. Things will change after divorce. Expect things to be different after divorce and even some loneliness. It will pass as you adjust to this new way of life.

Anne also found dating difficult because, as she described it, her ex was also finding ways to “inconvenience” her on her weekends when she’d have the opportunity to date.

I’ve heard very similar stories from other women going through divorce, in which their ex constantly tested their boundaries. If you think about it, if the ex wasn’t respectful during the marriage, why would they be after being divorced? Find the courage to say no when you mean it and stay out of resentment.

Divorce Tip #2: Learn to set healthy boundaries and respect yourself. Love and acceptance have to begin with you. When you see yourself as worthy of love, others will mirror it back to you, and the loneliness will disipate.

Anne was understandably disappointed that her fantasy of the perfect life with her husband and kids didn’t come to fruition. Her kids, though they encouraged the divorce, in reality struggled with it, and still do to this day. Life is hard and “sh*t happens.” Expectations is the root of all suffering, as the saying goes.

Divorce IS hard on kids. It’s hard on all involved. The family dynamic has forever shifted, and the effect on every person involved remains to be played out and seen. The best we can do, if we have decided divorce is the way to go, is to keep talking to our kids. Keep letting them know they are loved, and that our decision to divorce has nothing to do with them whatsoever.

I recently posted a quote by M. Scott Peck. Here is an abbreviated version of it: “ Life is difficult. This is a great truth. Once we truly understand and accept it—then life is no longer difficult because it no longer matters.”

Please don’t take this quote as me minimizing the impact of divorce on kids and everyone. There are some facts of life that we simply can’t change, and divorce is one of them.

Divorce Tip #3: Accept that divorce is difficult, and life won’t be a panacea afterwards. However, if you keep talking to your kids and expressing yourself with trusted support persons, getting the necessary help you deserve, you will be OK. You will adjust and be even better, not bitter.

I’m here to support you. Check out the next free training on 5/31, “3 Secrets to Survive the Stress of Divorce” and register today.