3 Tips for Helping Kids Through Divorce

I didn’t know my parents got divorced

I’m not entirely clear when my parents got divorced because they didn’t sit down with my brother (1 year older than me) and I to tell us they were getting divorced.

I found out from my neighbor friend probably a year after the fact when I was eleven. When Shannon asked, “When did your parents get divorced?” I was shocked and embarrassed that I didn’t know they were.  It always seemed so strange to me that we weren’t told.

I was relieved that they were getting divorced because there was so much tension in the house when they were married; we didn’t know when my dad would get upset with her. Unlike some kids who have a really tough time adjusting to their parents divorcing, I didn’t.

Was I just kidding myself that it was easy for me?  I don’t think so. My mom began dating Rich, a family friend who’d been around for years. She seemed so much happier, and Rich was very good to us kids, that it was hard not to be relieved by the change of events.

Rich built us a three-bedroom, 3 bath, new brick house about 5 miles from town, in the country. It felt like we were moving to a resort with the 50 acres of woods, two ponds to fish and swim in, a four-wheeler to careen all over the place with my girlfriend, Leslie. It felt like we’d hit the jackpot.

At the time, I don’t remember feeling that grateful, but my gosh, things became a lot more stable for us.  It just goes to show how easily I took things for granted.

TIP #1: Talk to your kids, assuming they are speaking age

Having honest conversations with our kids, though difficult, is necessary.  It’s a matter of respect, one of the values of trust.  We don’t want them making assumptions that aren’t accurate, like something is wrong with them or that they aren’t lovable or important to us.

In my case, though I adjusted well to the divorce because I inherited a new life with an awesome stepdad, it would have been nice to have been told.  It also created distrust with my dad. A big part of me felt he didn’t care about me.

As a defense mechanism, I put up walls around my heart and didn’t let my dad into my heart for most of my life, until this last year (and I’m 52 as I write this). These real, honest conversations are a big deal.

After I learned my parents were divorced, I saw my dad sporadically. He had a place about 5 minutes away out in the country with horses. It was beautiful with woods and a corral for his horses.  He originally built a small little place attached to his barn, but then he built a beautiful full home.

He’d remarried and I liked his wife, but my visits with him were inconsistent.  I don’t recall ever getting into a rhythm of looking forward to seeing him.  I also don’t recall my brother and I visiting him at the same time. I was nearly a teenager who liked boys, and therefore my priorities were shifting.

Many years later, he expressed how he was hurt by my lack of interest in seeing him. I was a bit confused by this, as it’s the parent’s responsibility to arrange these visits. I don’t recall ever saying I wouldn’t see him, just that the visits dropped away. 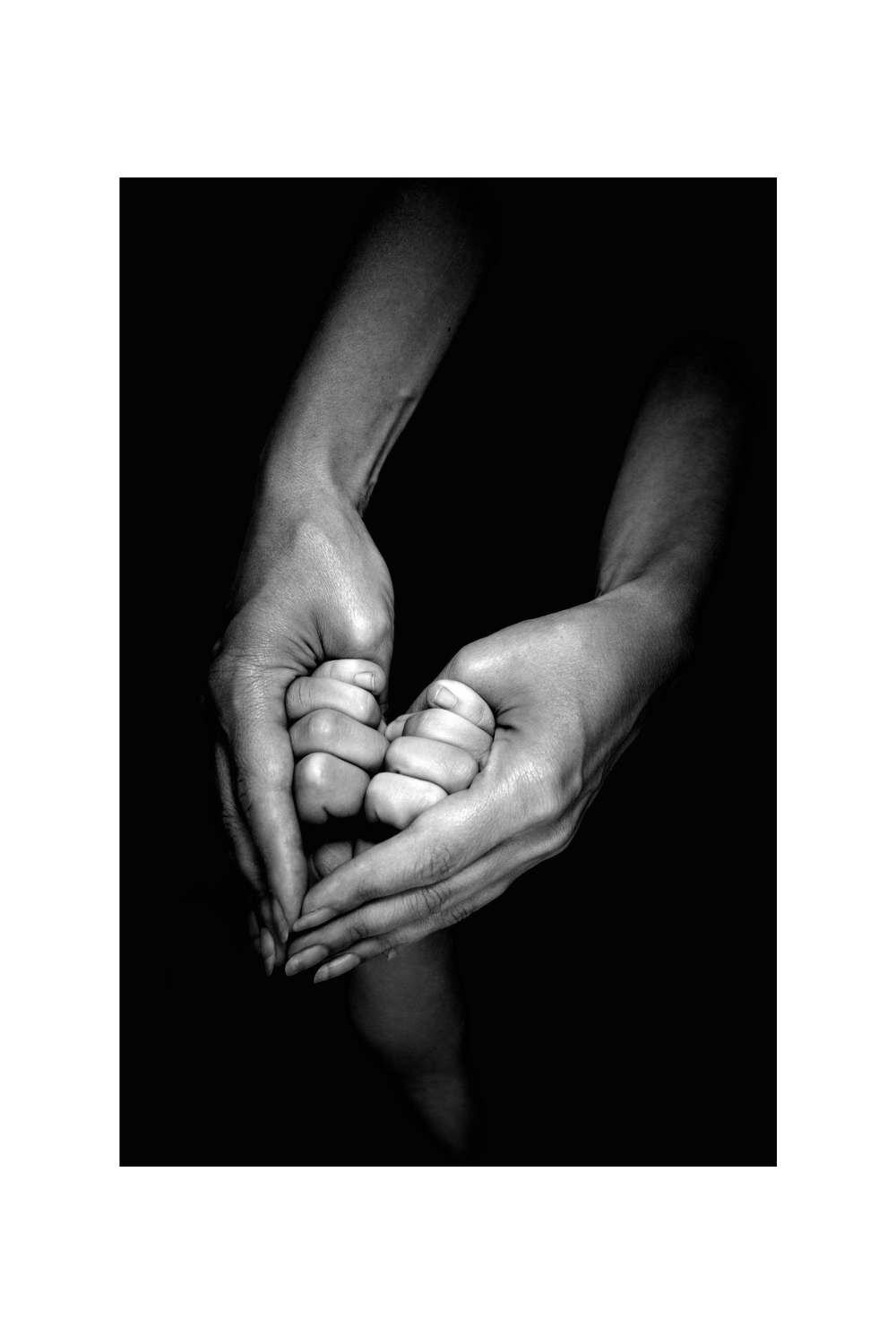 TIP #2: As the parent, it’s up to YOU to advocate seeing your children and
working out that parenting plan with your ex

It’s not the kids’ responsibility.  This may sound obvious, but it wasn’t for my dad.

Even if your kids (especially if they are teens) resist seeing you, for whatever reason, realize that they are most likely hurt and guarded. I can’t stress this enough. Fight for them. They will notice that you’re making it a priority to spend time with them…even if they appear to reject your efforts.

They want to know that you care enough to go to bat for them.  Take it from me, someone who gave away custody of her daughter to her dad, my ex-husband.  Yes, I didn’t fight for Maddie with custody which I’ll always regret, but I did preciously guard my time with her post-divorce. In fact, I spent years trying to make it up to Maddie.

No parent is perfect. No child is perfect. Life isn’t perfect. My childhood with two people who didn’t know how to peacefully co-exist was painful due to uneven power dynamics and abuse. I didn’t receive therapy because heck, they didn’t see the need to tell us about the divorce, let alone seek help for my brother and I to adjust to it.

Unfortunately, this blasé attitude toward how divorce impacts kids is common.  The children are seen as resourceful, adaptable and resilient.  Though this may be true to some extent, I’d like to see the divorce process evolve consciously, where ALL parties are considered holistically—that is, each person impacted is considered physically, emotionally, mentally and spiritually with a basic foundation of respect.

Sometimes divorce is necessary. When it’s not the choice of both parents, it often leaves one person disgruntled, hurt, disillusioned and seeking to attack, where the kids are the collateral damage of that revenge.  It puts the other parent (the one wanting divorce) in a perpetual position of defensiveness, defending their choice to divorce.

Since we are beings who have free will, no one should be forced to stay in a marriage that no longer works for him/her (regardless of the reasons for divorce). When this happens, it takes a mature attitude where the parents put aside their personal differences in favor of the health and well-being of their kids AND themselves. They have to love their kids more than they hate the other parent.

TIP #3: Think long-term for the sake of the kids

See them getting married one day, having children of their own. Do you want to be able to attend these milestone events with civility and decency, without making it awkward and ruining their special days?

If you do, then let go of entitlement toward a perfect life that should somehow turn out a certain way. This may sound harsh, but it’s true.

I Felt Entitled–We All Do

I’ve certainly fallen into this trap in my life. I didn’t want to lose my 16-year-old Aunt Elaine when I was 6 years old and be around my grandparents who were grieving the loss of their youngest child and only daughter, and raising me and my brother during the daytime while my parents worked. Though my grandparents were awesome, I’m sure I was impacted by their grief as well as my own.

I didn’t want my ex-husband to hate me for leaving. I most definitely didn’t want to give custody of my 2-year-old daughter, Maddie, to her dad, and then lose her to cystic fibrosis when she was 22. I could go on and on which I’m sure you could too with the litany of injustices we’ve endured.

There are plenty of reasons to feel sorry for ourselves, to feel victimized by life.  On that ledger of life, I could write as many equally beautiful experiences I’ve had, like giving birth to a beautiful daughter and having her around for 22 years, being married to a generous man who loves me very much, having a wonderful mom, uncle and grandmas/grandpas who are/were so good to me.

And in the last few months, I’ve enjoyed opening my heart to my dad.  We are connecting much better, and for the first time in all these years, he actually enjoys coming over to my mom’s house. AND my mom seems to be comfortable with him and actually taking his advice about her horses.  Wow! This is a miracle in itself.  It’s a strange feeling to feel comfortable, loving and open to both of my parents in the same room!  Yes, it took nearly 53 years, but better late than never.

So much to be grateful in this crazy, wild world of contrast. If you’d like support while being impacted by divorce, whether you’re considering divorce, going through one right now, or dealing with the impact of one from long ago, I’m your gal.  Schedule Your Healing From Divorce Call today.

During this 45 minute call, I’ll help you identify the patterns and beliefs that may be holding you back from being happy, healthy and fulfilled. Of course, I’d like to work with you privately or through my 6 month women’s empowerment group program if it makes sense, but I don’t want you to feel obligated. Whether you work with me or not, I can say with certainty you will leave feeling heard and understood and with clarity of your next step.