Are you a serious lot? (video) 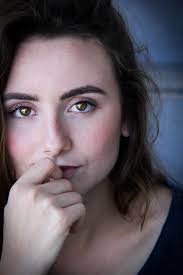 Have you been accused of being overly serious?

Or maybe not serious enough and hiding behind humor?

Believe it or not, both can be signs of being highly sensitive.

So what is this Highly Sensitive Person (HSP) stuff that I’ve been talking so much about?

According to Dr. Eaine Aron, the HSP has a sensitive nervous system, is aware of subtleties in his/her surroundings, and is more easily overwhelmed when in a highly stimulating environment.

We are often sensitive in three areas: about ourselves, others, and our environment.

Ever since I was little girl, I’ve been intense. I think deeply and feel deeply about my own thoughts as well as what I perceive others think of me.

So yes, I can come off as overly serious. I have to remind myself to lighten up. I guess the good news is that I am accepting that I am highly sensitive and it’s OK to be serious if I want to be.

My husband, Steve, on the other hand, is very humorous. Humor is wonderful, and I appreciate how he makes me laugh! However, it can be overdone when we use it to avoid expressing our vulnerable feelings.

He took a quiz and he’s also highly sensitive.  You can google “Highly Sensitive Person Quiz” by Elaine Aron and take it yourself.

If we are highly sensitive, it can be very easy to hide our negative emotions because we can be embarrassed about them or think they are too much for others.

The main thing I want you to gain from this blog is that you ARE OK just as you are.  Yes, you are different if you are an HSP because you’re part of a minority. 15-20% of the population have this unique wiring of the nervous system.

In all homes, governments, schools, communities of any kind, there needs to be a balance between the executive leadership (i.e., the President of the U.S.) and the judicial (The Supreme Court of
the U.S.).

Dr. Elaine Aron refers to the 80% of the population (and aren’t HSP’s) who occupy positions of authority, the warrior kings and queens.

And they need to be balanced by the “royal advisers,” the priestly, the grounded, believers in social justice, deep thinkers, of our society.

Aron calls HSP’s the royal advisers because we can provide that balance to the aggressive, expansive nature of those non-HSP’s, who want more, more authority, more property, more power, etc.

Another way to say this, is that we help balance the masculine drive for more with the feminine essence of social justice. We need BOTH energies.

If  you’d like to take part in a community of other HSP’s, who are striving to be themselves without apology, join the next Frontier to Freedom tapping class on Thursday, 10/11.