Are you an elephant warrior mom? 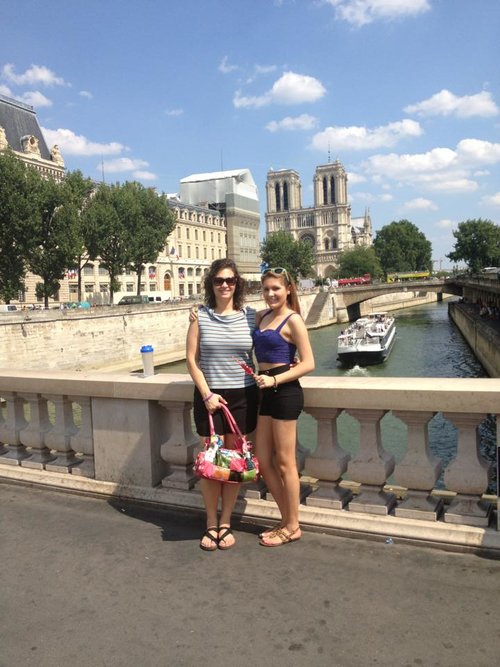 Is Maddie Trying to Get My Attention?

I was lying in my hammock Sunday afternoon. As I gazed up into the serene sky and felt kinship with the newly budded, shiny leaves, my heart felt heavy as I remembered my late daughter, Maddie, who passed last October.

She would no longer be able to experience the freshness of spring or the excitement of her birthday month (born 4/18).

I was praying that God give me peace.  “Maddie, if you’re out there and can hear me, give me a sign.”  After a couple minutes, very suddenly, as if awakened by an alarm trying to get my attention, I looked over to my right.

These beautiful chimes that my friends, Chris  Marshall and Laura Laurie, bought me in honor of Maddie Jo, starting clanging loudly. I realized they were HER chimes.

Oddly, the near identical chimes to the left of hers, weren’t making any noise, nor the chimes to the right of hers. It’s like Maddie was saying, “I’m here! I’m here, Mommy!”

Now they “sing” all of the time, even when the others don’t, and their melody is an angel’s voice that fills me with peace.

We Carry So Much Mom Guilt

Since Maddie died, I realize how much mom guilt I carry.  It all started with giving her dad custody when she wasn’t quite two years old.

Since then I’ve been trying to make this up to her.  She came to live with me when she was 13.  To me, it never felt like my efforts were enough.

I’ve always stood for LIFE for Maddie.  I always believed she’d live a long life.  It wasn’t until this last year that I started to doubt this.  So I began a healing circle for her in August, which actually served to speed up
her transition.

I didn’t know that though.  I NEVER gave up hope, not until the day before we took her off life support, when I my friends who gave her a blessing told me that she wanted to move on.

And now that she’s gone, I can no longer make up for my mistakes and priorities that put business before her.  So yes, I have regret. I’m working through it and forgiving myself through tapping and my other healing techniques.  I didn’t realize the guilt was still there until she was gone.

How Do You Carry Mom (Dad) Guilt?

Do you have MOM guilt (or dad) guilt? Do you feel this sinking feeling when you miss a ballgame, or yell at your kids? Do your recognize the thought that says, “You SHOULD BE with them,” but you are compelled to
clean the sink, check your email, call a client or whatever?

So how do you let go of the guilt?

A new friend, Beth, asked me recently what I loved most about being Maddie’s mom. It got me to thinking that I was her most fierce advocate.

I passionately searched for alternative ways to bring her health & longevity. I would drop what I was doing to really LISTEN to her and be with her.

I believed in her. I defended her to people who didn’t understand her.  I loved her fiercely. I would do anything for her.  She asked me to get an elephant tattoo last July after we watched The Zoo Keeper’s Wife that
had an endearing mom and baby elephant scene.

Elephant moms are the best animal moms on the planet. They protect their young fiercely and bond with them for life, kind of like human moms.

What New Identity Can You Choose?

My friend, Beth, told me I was a elephant warrior mom.  I MUCH prefer this identity rather than holding onto the guilt of the past and what I DIDN’T do for Maddie.  Don’t you?

What if the answer to relieving your guilt was a shift in your identity as a parent?

What if you are doing your best and that IS enough?

Although I certainly made my share of mistakes with Maddie, I LOVED her deeply, and I bet you love your children that way too.  Maybe my love wasn’t always the most mature, but it was adequate.

No matter your past, would you consider forgiving yourself for how you’ve shown up (and more importantly, NOT shown up), for your kids?

Let’s dive into this more.  I’ll be doing a hypnosis session at the next Frontier to Freedom Class on 5/16.  It will focus on letting go of the past, past guilt, trauma, shame, fear. It’s time to lessen the guilt load.