Are you very angry? 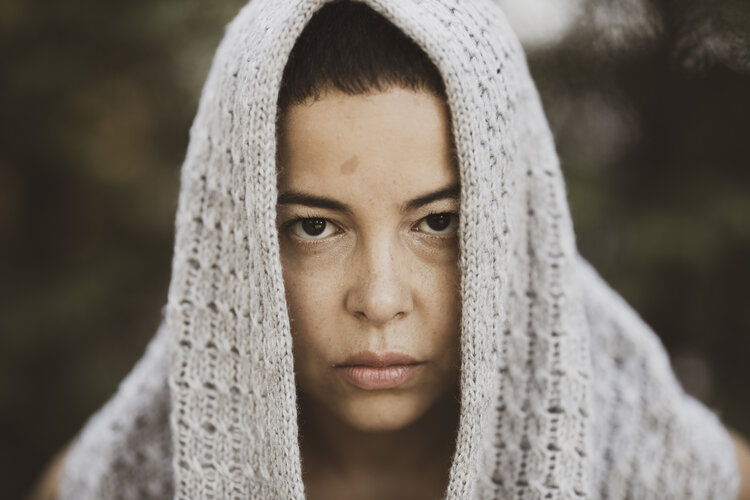 Confession. I’ve been throwing the F bomb around a lot.
It was never really my habit unless I got hurt or really frightened.

In these last 5 months, I’ve gotten loose with my language,
even if I do it privately or in my own head. I’m not here to shame
anyone that curses regularly, I promise. I’m more curious about
my own anger.

When I explored my anger, I found out that it was my way of
hiding something I feel insecure or ashamed about. When I
want to attack and simultaneously defend myself, it’s because
you’ve pointed out something that makes me question if I’m
a good person, or if I’m selfish, wrong, bad.

In other words, my anger disguises my more vulnerable beliefs
and feelings about myself. Underneath the anger is almost
always fear, fear of not enough-ness.

Our Fall from Connection

The other day, Steve, my husband, and I were vacationing
in the beautiful upper peninsula of Michigan. We had one of
those perfect days on Sunday where the weather was perfect
at 73 degrees, no humidity, everything flowed just right with
conversations, with traffic. All felt right in the world.

Then on Monday it didn’t. The details aren’t important because
they’re usually minor, petty things. What happened was that it
was getting to be around 1pm, and I start to get antsy to go outside
and be in nature, especially while on vacation.

Steve wanted to do a few things business things on the computer
before we left, which was fine with me. I told him I was going to go down
to the pool and he could pick me up after he finished and showered.

This triggered him because he felt I was being impatient and
should just wait (as he’d waited on me many times) and we could
leave together. So I argued with him and got angry. “Why does
it matter if I wait on our balcony or down by the pool? You’re being
controlling!”

What made this argument particularly painful was the huge drop
from being SO connected for the last few days and then WHAMMO!
Connection gone.

I wanted to blame him for that, but that wouldn’t be fair. He got
triggered and then I got triggered by his reaction. Neither of us
was right or wrong. We had no reason to feel ashamed, but I did.

The unspoken thought was “Am I a bad or selfish person for not
wanting to wait for him?” So I went on the attack with my words.

What I realize clearly is that my reaction tells me two things:

1) I don’t want to do my own inner work in the moment I go
on the attack.

2) I am acting as the entitled queen as Heather Dominick calls it.
My immature entitled self is saying, “Life should look THIS WAY,
and it doesn’t! And I’m angry about that!!!!!”

Ouch. Ugh. Self-awareness is such a bitter pill. But what if I
could be aware and still love my little one? I deeply know I can’t
reject ANY part of me and expect to change.

Isn’t that happening in our society right now?

Let’s say Cindy says something on social media that is
very cruel, bullying, hurtful and judgmental to you. This causes
you to want to go talk to your friend, Jackie, and let her know
what a butt head Cindy was to you.

What this does is put you in war mode with Cindy, and has
you doing the very same thing (attacking) you don’t like in her.

You are fearing Cindy at that moment. When we fear
someone and think they aren’t safe, we go on the attack. We
can’t hide our feelings from each other.

Before we can heal the suffering on our planet, we have to
become willing to do the inner work of healing ourselves, and
it’s often very buried.

PS: Mark your calendars for Wed, 9/16/20 at noon central for a
debut of a free zoom class in which we’ll begin the conversation of
how to heal the divisiveness that we see in our world by choosing
love over fear.

We must learn how to talk to each other with respect and bridge the
gap between our beliefs without devaluing the other. More details to
come shortly.