Convert your Garbage into a Garden of Eden 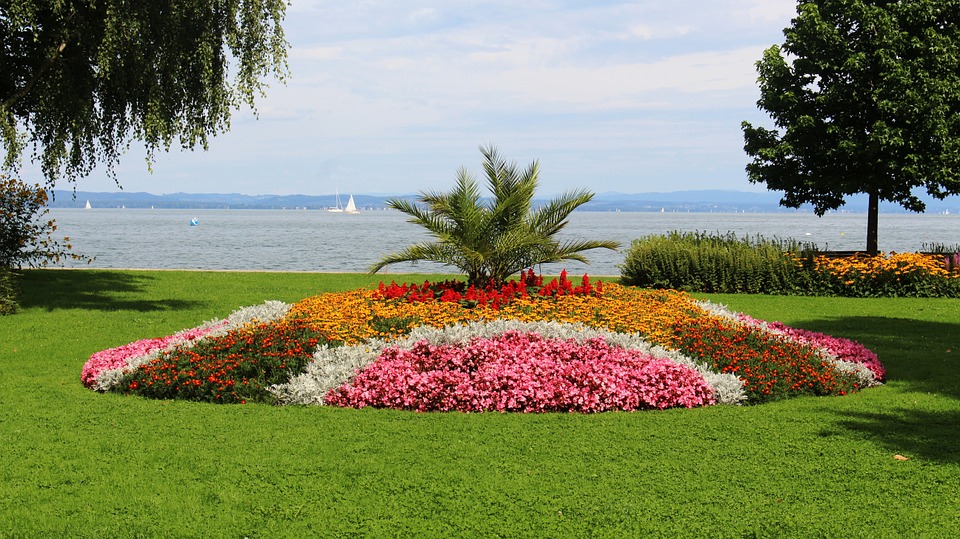 Have you ever spoken to an AT&T customer service representative (or any other company rep) who seemed to be speaking alien?

They had no idea what you were trying to convey, and you were beyond frustrated because you couldn’t get your meaning through their thick skulls.

They passed you from one department to the next where you had to repeat your problem. Two and ½ hours later, you got off the phone, ready to pull your hair out, angry at yourself for giving away
your power.

Well, I just had this experience 3 days ago.  What made me even more upset is that I was thinking I could have written this blog, as I’d intended, in lieu of spending 2.5 hours with some knuckle heads, the last of which was very rude.

I’m sure you’ve had your share of experiences like this, where you felt “put out,” inconvenienced, not listened to, impatient, and generally very irked.

Before I called, I had researched my AT&T bill for 45 minutes, and so I knew exactly what had gone wrong with the bill.  So I was even more frustrated that it took me three departments and two hours to get to the part where they fixed my bill.

But hold on…this is where things escalated, and I wanted to jump through the phone and strangle the rude man. The rep (Steven, ironically my husband’s name) changed my billing to back to the original state it should have been over 3 months ago when they made an unauthorized change to my account.

He said he could only credit me the last two months because there was no proof that I’d called in since July 8th, and he asked, “If this was a problem since the August bill, why didn’t you call in in the last 3 months?”  I was dumbfounded!

I tried explaining how that was impossible since I’d called in every month since then.  Plus, the last two reps I’d spoken with verified this through notes.  He just wouldn’t listen and was basically calling me a liar.  I asked if he had the same database as the others, and he said yes, of course.

He was very argumentative and self-righteous, and I so I pulled out the big gun, “Sir, I used to work for AT&T for 12 years in the auditing department. Why would I make this up?!”

At one point, I yelled and said, “SIR, STOP! LISTEN TO ME!” When he still wouldn’t, I told him that I was escalating this as a matter of principle, not money, and I asked him to transfer me to his manager.  He did and then the phone disconnected.

So I called back again and got a hold of another person who verified the dates I’d called in, and so I’m assuming Steven from the loyalty department has a different database.

OK gosh! That was a lot of detail. After yelling at Steven, I was literally shaking inside.  My motto is to always be kind and humble. I was mad because I’d given my power to this stranger, who had no inkling about good customer service.

I related the story to my daughter, and she said, “Well anyone would get angry at being treated like that.” I told her that doesn’t really help me because it perpetuates my feeling like a victim.

Even while I was getting irate with this guy, I was thinking to myself, “You’re being tested here. This is a creation of Consciousness. Just let go.” I even tapped a bit, using meridian tapping, a technique
I love to use to reclaim my power and calm my nerves.

When I got off of the phone, I asked myself how the experience made me feel. The answer: Not heard, misunderstood, frustrated. What did it remind me of? The relationship I have with my dad.

I have a belief that my dad doesn’t care about me because he’s very dismissive and since I was very young, he hasn’t given me much time or attention.  It’s an observable fact that we haven’t spent much time together, but the other part where I assume he doesn’t care is my garbage belief.

It’s garbage because it’s from my past, and it’s waiting to be turned into something different when I’m ready.  It’s sort of like composting, where we turn our green waste (leaves, food) into nutrient-dense
material that is beneficial for the land in many ways.

Even if it’s true in my dad’s heart and mind that he doesn’t want to invest in our relationship, I still have the opportunity to turn the garbage belief into compost, into something that will benefit me and others. How?

When people talk to me like my dad does or the AT&T rep, I can be self-aware. I can remind myself that I am lovable and good enough, even when someone doesn’t hear me.  I have to listen to me.  I need
to understand me.  As long as I do that for myself, I will feel safe and enough.

This is how we convert a defect of character (garbage belief that leaves us feeling wounded and victimized) to compost (where we adopt a new belief that allows us to feel calm, grounded and sufficient and hence spread joy and serve others better).

We can also use tools like emotional freedom technique to begin to rewire our garbage beliefs and turn them into compost, our assets and strengths, so they can benefit the world.

If this sounds good to you, consider a workshop I have coming up on 12/14.

It’s called Frontier to Your Freedom, in which we will use emotional freedom technique (EFT or tapping) to help you turn your garbage beliefs into compost.

P.S.: If you want to join others in a small group setting and make YOUR life work first by loving, accepting and forgiving yourself, come to our next Thursday night Frontier to Freedom class.