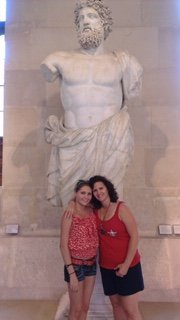 Do you like autumn? The turning of the leaves into
oranges, golds, and browns… Pumpkins, apple cider,
hayrides, apple picking. Harvest time with the scent of
approaching winter in the air.

Bonfires, telling spooky stories, wearing your favorite
soft sweater, snuggling by the fire with a good book,
an opportunity to look within and connect more with
yourself and loved ones.

I’ve always adored the fall for all of the above reasons
and because my birthday is 9/23, and because we have
a tradition of going to this craft fair in Illinois around the
beginning of October (Spoon River Drive), and my wedding
anniversary is October 22nd.

What do you cherish about this time of year? Do you excitedly
anticipate the coming holiday season? After Halloween, it
comes rushing in, as if time isn’t moving super fast already.

I still love the fall, for the record, but it has taken on a bitter-
sweet feeling. Since 2017, the fall has ushered in the death
of a loved one each year, except 2019.

Bob was a collector of strange things, like Japanese toys,
horror standees and videos, superhero toys and artwork, etc.
He loved to flirt with the macabre side of life, including his taste in
metal music.

My husband, Steve, has been able to keep their connection
alive by selling these inherited oddities on eBay through Bob’s
store, Monko’s Monsters. He’s even created a lighted display
case of some of Bob’s favorites. We miss you, brother!

I wasn’t ready for her to leave, not at all. But she was. Though
she told us at times how it felt like she had a bowling ball sitting
on her chest (when she had a CF exacerbation and was struggling
to breathe), I couldn’t really relate.

I couldn’t imagine not being able to take a deep breath. She
told me she wasn’t afraid of death, but she was afraid to
suffer. Fortunately, she didn’t have to suffer so severely until
her last month—October.

To honor Maddie, I do healing work on myself. I ask God to
help me care more about helping others than my need to self-
protect. Help me to turn my pain of missing her into progress.

She is still with me. She guides me in my coaching as my Maddie
Angel. Maddie loves to tease and has a great sense of humor, and
sometimes can be a little “naughty.”

When a group of friends and my mom went to Spoon River 3 weeks
ago, I asked Maddie to give us signs that she was with us. Right
as we were pulling into our first craft fair location, we saw this
vehicle with a sticker on its side of a skeleton hand giving us the
middle finger. If that’s not Maddie’s personality, I don’t know what is!

physical realm. And I need to accept this fact. She is no longer
suffering, and I am no longer suffering watching her suffer.
And I have a different relationship with her now. I’ve adjusted
to what IS.

There is a different energy to my life without her—it’s a
sadness that will remain until I’m no longer here, but it’s
coupled with gratitude of having known her. We miss you,
Maddie!

Then last year on October 19, 2020, my dear Uncle Ray
passed away of cancer (his second bout). Ray was one of
the kindest, most generous, thoughtful persons I know.

One of his legacies was always sending people cards on
their birthdays and holidays. He even sent one to me last
year for my birthday, though he was in the hospital.

One of my fondest memories of Ray, besides all the times
he took with me as a child, exploring flowers and nurturing
within me a love of nature and animals, was the time we
went to Paris in 2013.

It was me, Steve, Chelsea, Maddie and Ray. We had
many wonderful excursions. He was so pure. We were having
a glass of wine one evening, standing out on our balcony, watching
the sunset. He felt sort of guilty for imbibing in alcohol, but
enjoyed it at the same time. It was cute.

Then one day we were walking around Paris, going in and out
of shops and bakeries. We happened upon some people playing
card games in front of one of the shops.

Ray and Steve stood there and studied what they were doing,
while the girls and I went inside of a boutique. The hustlers were
asking people to give them $50 for a chance to beat them. Ray
figured he could “take them,” and so he threw down his money.

Shortly thereafter, he lost the bet and was irate about it. He
loudly stated a few times, “Don’t fall for it! They are cheating
people!” Steve was cautious because he didn’t want to upset
these thugs. So he quickly ushered Ray away from the fray.
We miss you, Uncle Ray!

One way that Steve and I celebrate our dearly departed is
on their birthday or death day, we have a shot of Petron tequila.

We just did our first shots on the 19th for Uncle Ray. We have
more to partake of in the next few days.

How do you honor the dead?

I love you and miss you so much, Bob, Maddie and Uncle Ray!