(blog) The End of My First Marriage (Part I of II) 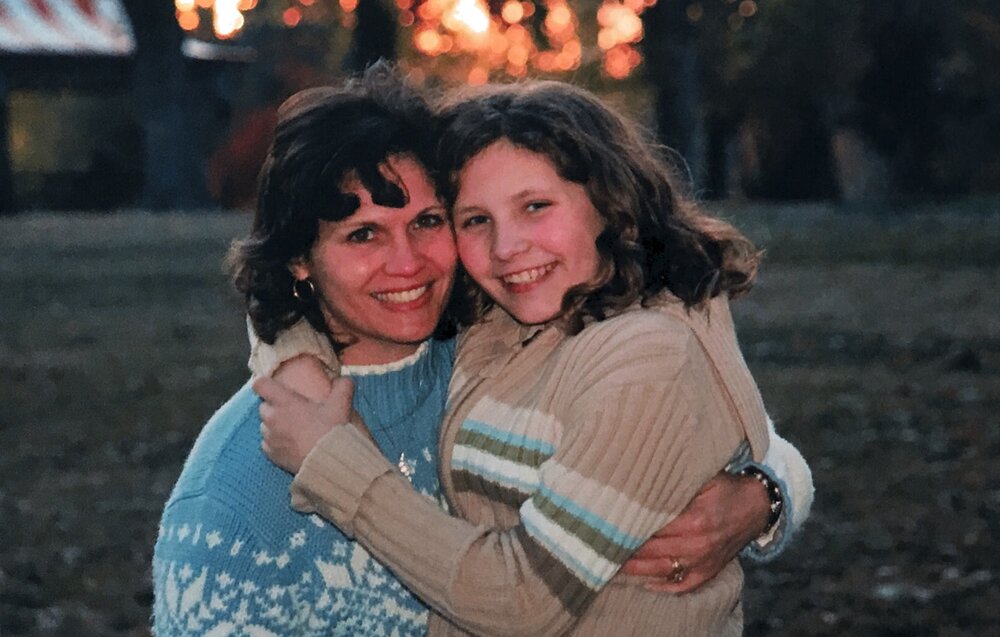 Are you or someone you know going through a divorce?

It can feel so helpless and hopeless, so scary and full of unknowns.

I spent 12 years in a strained relationship with someone who
I never thought I’d say goodbye to. We had dreams and goals
and loved each other.

As time went on, we grew more and more apart. Having a young
daughter, Maddie (one year old), with cystic fibrosis added more
tension to the relationship.

Throughout my marriage, I constantly betrayed myself by not
speaking up for what I needed and what I really thought and felt.

I allowed friendships to slip away; I left my church. I berated myself
with “I’m too fat and ugly. I work too much. Life is hard. What’s wrong
with me?”

At the time, I blamed him for how I felt. I realized that I had created
a dynamic that was not only unhealthy for myself but also for my child.

I knew if I stayed in the marriage, I would not be modeling behaviors
that would allow my daughter to become a confident and self-assured
woman who had healthy relationships.

I didn’t want that for her and I no longer wanted it for myself.  I knew
there had to be a better way to live life, as well as have healthier
relationships.

Because I was looking for relief and a way to cope with the pressure
and stress,  I made a series of bad decisions that didn’t honor my
marriage and didn’t honor the core of who I knew myself to be.
This made me feel terribly guilty and brought up feelings of
immense shame and remorse.

I was so confused.  I didn’t want to hurt my husband, but I didn’t
want to stay in the marriage anymore. I wanted shared custody of my
daughter, but I didn’t feel worthy of this since I wanted the divorce.

When I finally got the courage to leave, Maddie wasn’t quite yet 2,
and it was at this point that the real battle began. My husband felt
such hurt, betrayal and grief over my desire to separate that he wouldn’t
agree to share custody and would fight for sole custody.

Because of my fear, insecurity, lack of courage and pervasive guilt and
shame, I was unable to take a stand for Maddie and me. The divorce
proceedings began, and I unfortunately agreed to use only his attorney,
leaving me without representation.

I’ve always been the peacekeeper and just wanted everyone to be happy.
The final decision was that I had only visitation rights with my daughter,
and I’d paid child support for the next 11 years.

Although painful, I knew that my husband and I would be better people
if we weren’t married.  After I gave Maddie to her dad, I began to question
everything: “What was wrong with me? What kind of mother would give up
her child?”

My self-esteem tanked and I could barely look at myself in the mirror. I
knew deep down that the decisions I made during the divorce proceedings
didn’t accurately reflect the woman I truly was.

I began doing deep inner work to determine why I had made these
decisions and put my daughter and me in this situation.

Slowly over time, I began to heal. I began to see how I’d betrayed
myself in so many ways, the most significant way being how I didn’t
feel deserving of even splitting custody of Maddie.

Maddie and I remained very close, and I remarried a wonderful man
and remain happily married to this day. When Maddie turned 11, she asked to
come live with me, which my new husband and I both really wanted.

However, her dad was deeply hurt by her request, and it really strained
their relationship. By this time, he was remarried with two kids.

After working with a mediator who helped me to advocate for Maddie’s
needs and devise the best plan for helping her to thrive in life, she was
finally allowed to move in with me.  It was a wonderful day!

Until it wasn’t…. Maddie was so overcome with guilt and shame for leaving
her dad’s family that she developed some unhealthy coping mechanisms.
This made matters worse for her physical and emotional health.

She developed CF-induced diabetes and had an eating disorder on top of
the debilitating, cruel disease of cystic fibrosis. She didn’t see her worth
or that she was lovable.

Abandonment issues reigned, because in her mind I had left her, and now,
her dad was leaving her too by moving out of state and emotionally
abandoning her.

She began going into the hospital when she was 15. And over time, her
hospital visits increased in frequency, to the point where she was going
in about 3 to 4 times per year by the time she was 22.

Part of Maddie really wanted to heal herself, and she became the
youngest healing code practitioner in the world. Yet it wasn’t enough.
Maddie gave up her struggle with CF on 10/26/18 and died at the
brutally young age of 22.

I was crushed and heart broken as Maddie meant everything to me.
I couldn’t help but think, “If we could go back in time and I had advocated
for us, I know in my heart everything would be so much different.”

Stay tuned to next week for part II and the surprising conclusion to
my divorce story.

PS: If you’re going through a divorce and need someone to
be that supportive ear, someone who can provide you with some
amazing tools to regain emotional control, confidence and stability
so you can make clear choices for your and your children’s future,
I’m your gal. Schedule your Confidently Navigating Divorce Session Now.