(blog) The End of My First Marriage (Part II of II) 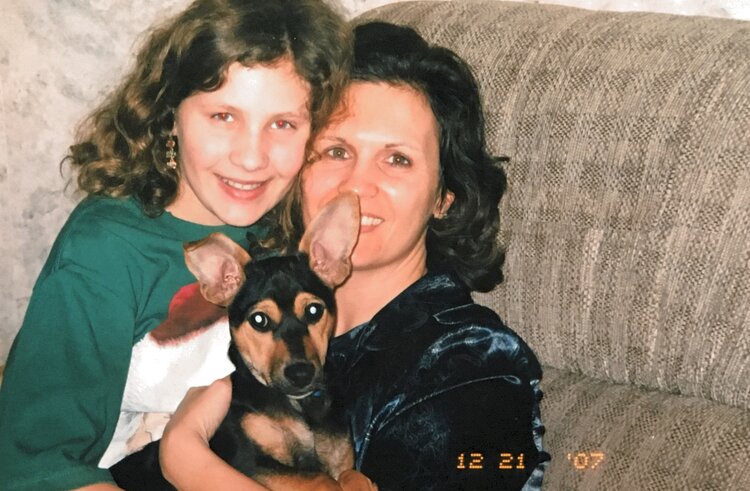 Last week I shared the story of how I got divorced, without
being represented by my own counsel. Read here if you missed
it.

Because I had such low self-esteem and self-worth, I gave
sole custody of my daughter, Maddie, to her dad. And because
we didn’t know how to get along peacefully, she was often
put in the middle.

Divorce has such a negative impact on kids.

Children who are young when their parents divorce have a  25-30%
greater chance of depression, anxiety, declining grades, drug and
alcohol abuse, and negative self-defeating behaviors, such as acting
out, hard to get along with, angry with people, not succeeding, etc.

These effects last well into their 30’s and are in full force for a minimum
of 2 decades after divorce. For some, they adjust. For a significant percentage,
they struggle with the negative consequences for the rest of their life.

I have no idea, and perhaps never will know, the impact our divorce had
on Maddie. There are many contributing factors.

I was crushed and heartbroken as Maddie meant everything to me.
I couldn’t help but think, “If we could go back in time and I had
advocated for us, I know in my heart everything would be so much
different.”

Even though we don’t control another human’s self-esteem, I really
believe that her dad and I could have helped to preserve her feelings of
worth if we’d been able to peacefully separate and collaborate instead
of putting her in the middle of our divorce battle.

Had she had a stronger sense of self, she may not have experienced the
emotional trauma that became physical trauma.

Today, I can’t help but wonder if Maddie might still be here if she’d
learned to love and accept herself and thereby take better care of
her overall health.

Instead, as a child, in the middle of our bitter, blaming love triangle,
she told herself stories that she was unlovable, bad and somehow to
blame for it all.

I know, however, that the past is over, and I can’t redo it. It does me no
good to live with a ton of regret or “woulda, coulda, shoulda’s.”

Yet, I do believe that if I’d had the voice and strength to advocate
for a fair and equitable custody arrangement, Maddie would have
learned from my example that her needs matter; that she matters,
and that the divorce wasn’t her fault.

Even though we can’t get Maddie back, her dad and I have learned
that we can turn our pain into progress.  We have forgiven each other,
and though it took her death to bring us to this point, it’s evolution.
It’s growth, and I’m confident Maddie would be proud of us.

As a collective family, my husband and I were able to spend a few days
at my ex’s house, enjoying his company, as well as his wife and their two
sons.  I’m proud of the progress we’ve all made, although saddened by
the turn of events that got us to this place.

What I learned from this is that when we don’t have a strong sense
of self, we make decisions that affect more than just us and have a
long-term ripple effect.

I wish we would have had somebody to guide us through this process,
in a non-judgmental way, and encourage us to stand up for what
would be best for our daughter, which would have helped both of us
too in the long-run.

Many women are afraid that a divorce will irreparably damage their
children, which is a legitimate concern, given the statistics. They feel
too scared or hurt to make decisions confidently.  They are frozen in the
fear of the unknown and feel they can’t move forward.

But I’m here to tell them that their story doesn’t have to end that way.
They CAN LEARN how to advocate for themselves so they help them
self, their kids, and even their ex.

Since getting divorced, I’ve been happily remarried for almost 19 years.
I have learned so much about where my insecurities were stemming from
at the time, and why I made the mistakes I made.

I learned that we can’t stand up for ourselves when our self-worth
is so incredibly damaged. And I learned about amazing and simple
ways to help correct those unhealthy patterns.

Today I’m here to give women hope that they can learn to stand up
for them self and for their children’s needs. Divorce doesn’t have to
have a scary, traumatic ending. It can be a hopeful beginning of a
new chapter if they know how to take care of them self and their children.

This is why I created The Confident Mom Morning Routine. This takes the
past 25 years of my pain, suffering and healing and puts the lessons
gleaned into a simple, doable 15 minute daily process. This will help women
get started on the road to healing for them and their kids.

If they can implement this simple daily routine, they will grow their confidence
so that they will speak up for them and their child. They will additionally be
able to support their children emotionally through this tumultuous time with
minimal trauma.

If their kids can look to them as a rock during the divorce because they’re
confident in their choices as their mother, they will feel safe despite the
difficult changes ahead.

Divorce can feel so lonely. I want these women to feel supported and have
the resources that I know would have made all the difference for me and Maddie.

The Confident Mom Morning Routine will be unveiled in the next two
weeks. I’m working on the back end process and making sure that all
flows well.

PS: In the mean time, if you’re going through a divorce and need someone to
be that supportive ear, someone who can provide you with some
amazing tools to regain emotional control, confidence and stability
so you can make clear choices for your and your children’s future,
I’m your gal. Schedule your Confidently Navigating Divorce Session Now.